A project within the framework of the 11th bienal of architecture in Sao Paulo. Sept. 2017 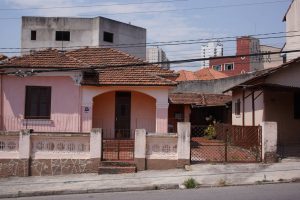 The traditional focus in architecture on the center is a reflection of this and created the relative absence in the areas around. Places, that have been largely uninhabited at the beginning of the last century and that underwent a process of rapid urbanization. This process shifted the weights of the city, basically inverting them. Now, the majority of citizens do not live in the center. The social landscape of Sao Paulo comes from the outer margins including Alphavilles, large urban projects and irregular settlements.

Architecture as a project of humanity has to address this shifts and open up to the highly diverse urban world around the center without exploiting them. There can’t be a “harvesting” of best ideas in these highly innovative places, instead an acceptance of new centers, new modes of urbanity, new solutions for sustainable futures in a process of recognizing and weaving them into the architectural knowledge we have 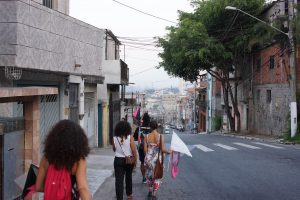 An initial performance shall act as an invitation to invert the trajectory of the Bandeirantes. With an ethnographic interest and a focus on architecture without architects, we will circle around the centre on foot. Trespassing the new urban worlds as collaborative project with interfaces to contribute on different levels on three modes: Social media, Physical media, Symbolic space.